A number of new products, not just an iPhone 14 event, are anticipated to be unveiled during Apple’s upcoming iPhone 14 official launch in the coming weeks. Additionally, three (yes, we mentioned three) new Apple Watch versions and even an updated set of AirPods Pro headphones are on our radar.

Similar to how it did at WWDC in June, Apple will have a small live event at its campus at Apple Park and webcast it online. Here are several potential announcements for Apple’s upcoming hardware-focused event, which is scheduled for September 7, 2022, at 1 PM ET. 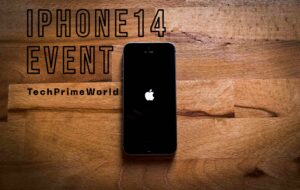 Apple will undoubtedly unveil the brand-new iPhone 14 in September, but it’s unlikely that the regular model will steal the show. The majority of the innovative and interesting features are anticipated to be included in the iPhone 14 Pro and Pro Max.

A 48-megapixel camera setup with a bigger sensor, an always-on display (which Android phones have used for years), and a screen that does away with the notch in favour of smaller camera holes are three major features that are anticipated for the 14 Pro and Pro Max. Additionally, the phone should receive an updated A16 processor chip and perhaps two new colour options.

The iPhone 14’s regular version doesn’t appear to include many significant modifications, though. The addition of a larger 6.7-inch display choice is anticipated to be the non-Pro model’s major update.

The iPhone 14 (along with the Pro and Pro Max) may also include a superior selfie camera that uses focusing, according to earlier rumours from analyst Ming-Chi Kuo. The base iPhone 14 will probably have the same A15 CPU as the iPhone 13 series in terms of performance. And I’m sorry to inform you if you’re a fan of little phones that a mini probably won’t be released this year.

There have also been rumours that the iPhone 14 will have satellite connectivity, which customers might use in an emergency without cellular service. In February, the satellite business Globalstar purchased 17 new satellites “to provide ongoing satellite services to the prospective customer,” which some believe to be Apple. Satellite connectivity was rumoured for the iPhone 13 last year. The branding for the “Far Out” event may perhaps allude to this idea.

NEW MODELS OF THE APPLE WATCH: SERIES 8, SE, AND “PRO”

Three new Apple Watch versions are about to be released: the Watch Series 8, the updated SE, and the tough “Pro” model made for athletes who participate in extreme sports.

Start with Series 8 first. The next-generation watch will have a new S8 chip, but it won’t much outperform the S7 and S6 chips, claims Bloomberg reporter Mark Gurman. Apple isn’t anticipated to include a blood pressure monitor just yet, but it may feature a temperature gauge that can tell if you’re feverish.

The affordable Watch Series 3 is anticipated to be replaced by the upcoming Apple Watch SE. The S8 chip, an improvement over the S5 chip used in the 2020 SE model, is probably what it will have. Other from that, it doesn’t appear that there will be any other significant modifications; it is anticipated to keep the same display as the present SE.

Gurman predicts that the expected tough Apple Watch “Pro” will have a larger, “almost 2-inch display” that is “more shatter-resistant.” In addition, it might have a “strong metal” case rather than the previously suggested rubberized cover. These suspicions are given further depth by a post from the Japan-based Mac Otakara, which notes that the Pro model might have a flat-edged display.

THE UPCOMING MODEL Of A AIRPODS PRO

First off, be prepared for a change in appearance. With an in-ear wing tip design that eliminates the stem, the new AirPods Pro might resemble the Beats Fit Pro. The possibility for improved motion sensors may also cause them to concentrate on fitness tracking.

Kuo also suggested that the AirPods Pro would enable lossless audio, enabling higher-quality sound. Even the expensive AirPods Max don’t support the Apple Lossless Audio Codec (ALAC), therefore the AirPods Pro 2 would be the first device to do so.

But according to sources from MacRumors and 9to5Mac, Apple might use a different strategy. The Bluetooth 5.2 standard, which employs a new codec that is designed to transfer audio more effectively and provide either improved audio quality or reduced battery usage, may be what Apple is working on instead.

There might also be an update to the AirPods Pro 2 charging case. It might have a little speaker that you can use to locate it using the Find My app. Right now, only the AirPods itself are audible.

WE COULD GET WATCHOS 9 AND IOS 16 LAUNCH DATES

We first learned about iOS 16 when Apple launched it in June, and based on what we’ve seen in the public beta, we have a very decent sense of what to anticipate. According to Gurman, Apple completed work last week and will likely release a finished version of the iphone 16 within a week of its iPhone 14 presentation.

A number of new features are included in iOS 16, such as the ability to modify and unsend messages and a lock screen that is customisable. Additionally, it adds new alerts that now display at the bottom of your lock screen as well as a Live Activities lock screen widget which offers updates on current events, including sports.

Apple may possibly introduce watchOS 9 along with its 3 original smartwatches in addition to iOS 16. The watchOS 9 beta has indeed been available for a few months and is expected to make significant changes to the Apple Watch. This offers improved watchface customization, new running stats, medicine reminders, sleep stage tracking, and passive AFib monitoring.

That’s it about the iPhone 14 Event?

It appears that this is the final Apple event, but fortunately, there won’t be any more new Apple items unveiled for a while. It’s anticipated that Apple will resume its pre-pandemic schedule, holding an iPhone event in September and a separate event to unveil its new iPads and Macs in October.

It would be a long shot to anticipate Apple to unveil its long-rumored mixed reality headgear this year. We are still waiting for it. But it appears like Apple is moving forward. Recent trademark applications suggest that Apple is considering branding its new headgear as “Reality,” which its board of directors allegedly tried out earlier this year.

iCloud Shared Photo Library will not be available with iOS 16

How to record voice notes in iPhone