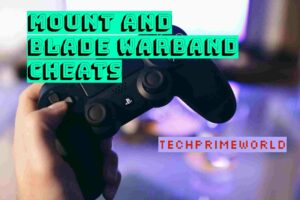 Once the user goes on to the ‘Enable Cheats’ box from the configuration menu, they will have access to enter the cheats into the Mount and Blade Warband. By pressing Ctrl + ~ then typing i’ ‘cheat menu) can help in activating the Cheat Menu. This allows the user to access the multitude of cheats, including the addition of the items and improving the relations.   List of Mount and Blade Warband Cheat codes along with the effects: However, one should keep in mind that some of the cheats are just limited to the screens that you end up entering, for instance:

God Made Character of Mount and Blade Warband

You can always follow the below-mentioned steps to make the godlike character, which could help in unlocking the money needed to upgrade the level. You can expand your realm, claim all of the ultimate prizes and also the throne of caldaria. Here are the easy steps:
Tags: Mount and Blade Warband cheats