Following what was described years of lobbying, Google has intervened this week with one of its customers to have websites for the Proud Boys far-right extremist group moved off its cloud platform.

Google’s decision came after intense lobbying from Color Of Change, one of the largest racial justice organizations in the US. 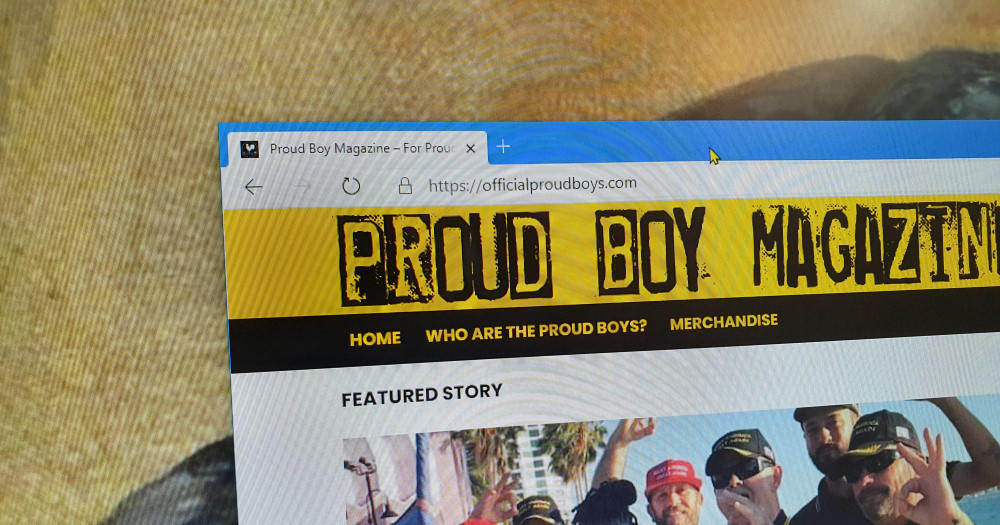 “Google’s recent actions to block the Proud Boys website and online store is a welcome response to persistent demands from Color Of Change and our allies,” said Color of Change President Rashad Robinson.

“Following years of pressure, the company successfully got a Google Cloud Services customer hosting the Proud Boys’ website to remove the violent hate group’s online pages. This progress is important, but now we call on Google’s peers to follow suit.”

“After a heads up from Color of Change, we notified one of our customers–a website hoster–who then took action. The websites in question were not Google Cloud customers,” a Google spokesperson told ZDNet today.

But the Proud Boys websites haven’t been offline for long. The official site and online store were moved to a new web host on Thursday.

According to data from RiskIQ’s Passive Total platform, the group’s websites are now hosted by German web hosting provider 1&1 IONOS.

Google is just the latest tech company to wash its hands of the group. Proud Boys have been a pariah among tech companies since the summer of 2018, when the group planned to organize a new Unite the Right rally in Washington, DC. A year prior, in June 2017, a woman was killed at the Unite the Right in Charlottesville, Virginia.

The FBI designated Proud Boys as an extremist group due to their far-right agenda, inclination to use violence, and support for white supremacy.

Earlier this week, LGBTQ groups flooded Proud Boys hashtags on Twitter with photos and messages in support of the gay and trans communities, drowning out far-right extremist propaganda usually broadcast by group members and sympathizers.