Benchmarks supposedly for Apple’s A14 Bionic processor in the iPad Air 4, first spotted by Twitter user “Ice Universe,” reveal that the A14 offers significant performance improvements over the iPhone 11’s A13 Bionic. 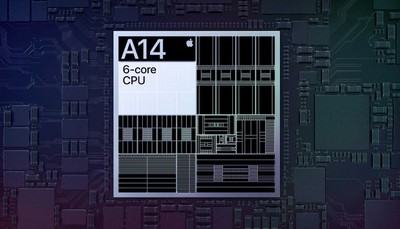 A GeekBench benchmark for an “iPad13,2” with the motherboard number J308AP was uploaded yesterday. According to leaker known as “L0vetodream,” J308AP is the iPad Air 4 with cellular, and J307AP is the ‌iPad‌ Air 4 with Wi-Fi only.

While Apple reported during the announcement of the fourth-generation ‌iPad‌ Air that the A14 offers 40 percent faster performance and up to 30 percent faster graphics than the previous ‌iPad‌ Air with the A12 Bionic, these benchmarks provide a more tangible point of comparison. They also offer the best look yet at what performance improvements will likely be seen across the iPhone 12 lineup.

The ‌iPad‌ Air 4 with the A14 Bionic is due to go on sale at some point this month, and as marketing materials arrive at Apple Stores, the launch does not seem to be far away.